In 2004, Danger Mouse released The Grey Album, a mashup of Jay-Z’s “The Black Album” and the Beatle’s “The White Album,” hence the title “The Grey Album” (so clever). Like other successful albums, this one was intriguing and memorable. Not to say all mashups are a success, though does any remember the mashup of JT’s “Cry Me a River” with “Let it Whip”? I didn’t think so. Food mashups, like musical mashups, unite two great dishes into something epic… like cinnamon buns and apple cobbler.

Okay, hear me out. I was staring at a bucket of apples from our tree (it’s fall right now, FYI) and started thinking about apple cobbler. So I started googling for inspiration and came across a cinnamon bun pineapple upside-down cake recipe. I was immediately intrigued. Pineapple upside-down cake doesn’t scream fall to me, but cinnamon buns do. Then it hit me – CINNAMON BUN APPLE COBBLER! And the idea was born. 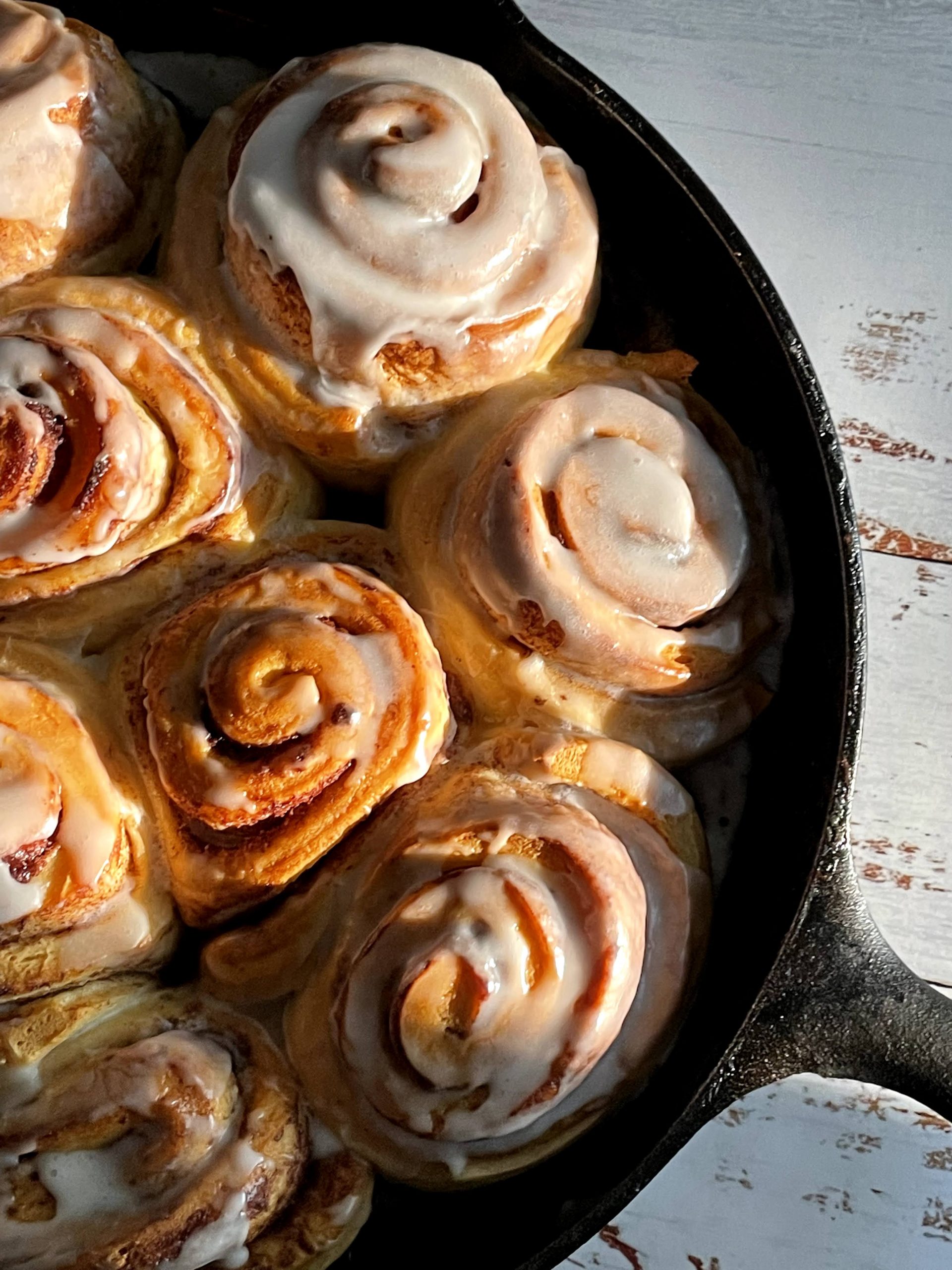 Here is what you need to know about this dish:

If you like this recipe, check out my Eggnog Cinnamon Rolls. 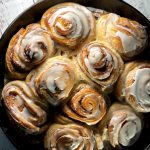 Did you make this recipe? Tag @chrissymeetsworld on Instagram!