I had the chance to try Happy Water for the first time last week.  Happy Water is new bottled water product containing lithium (lithia salts).  For those of you that don’t know, lithium is a mineral with chemical salt properties that has been used since the 1940’s for the treatment of depression and bipolar disorder.  So, in theory, if you drink the naturally occurring substance in the water, you will feel happier – hence the name.

When I first noticed that the product contained 0.1 parts per million of lithia salts, my curiosity peaked (to say the least).  In my quest to understand the science behind it all, I learned that in certain studies, trace concentrations of lithium in drinking water actually resulted in lower rates of suicide and violence. In fact, 7-Up originally contained lithium as medicinal, mood-boosting ingredient until 1948 when it was removed from the lemon-lime soda. 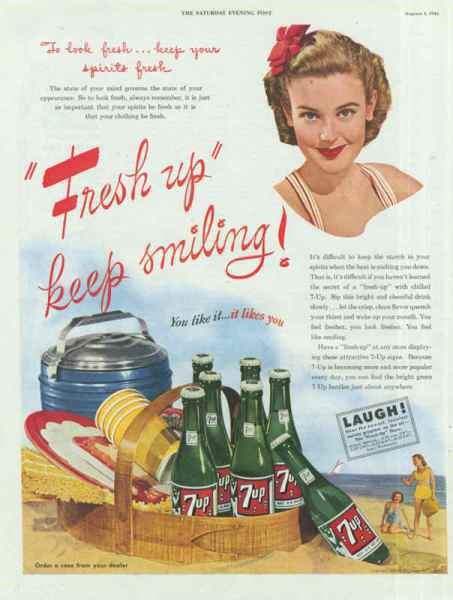 Here’s the thing, lithium is not a completely benign substance.  Overdoses can lead to serious side effects and toxicity which are said to occur at blood levels over 1.5 mmol.  Kind of worrisome, I know.

Happy Water addresses this fact and has stated the 0.1 ppm that each of their bottles contains is the optimal therapeutic dose, and that there is no way anyone could OD.  In any event, lithia metabolizes in 36 hours.

Most studies have indicated that a dose of 0.68 mg/L is required to feel the benefits of lithia salts which far higher concentration than Happy Water contains, so it is unlikely that you will attain nirvana from drinking it at all.

But hey – between the idea of it and the cheerful yellow bottle you’re bound to achieve a placebo effect, so you can smile and pretend you’re there.