According to the National Chicken Council (yes, that’s a thing), approximately 1.3 billion chicken wings are consumed on Super Bowl Sunday. Think about it – that is enough to circle the Grand Canyon 120 times. Quite the accomplishment for a little wing.

Chicken wings have become such a big deal in Canada that they are marked with a holiday, National Wing Day, on July 29.

Last year, 7-Eleven became the first brand in Canada to celebrate National Wing Day and has since extended the holiday to an entire weekend. 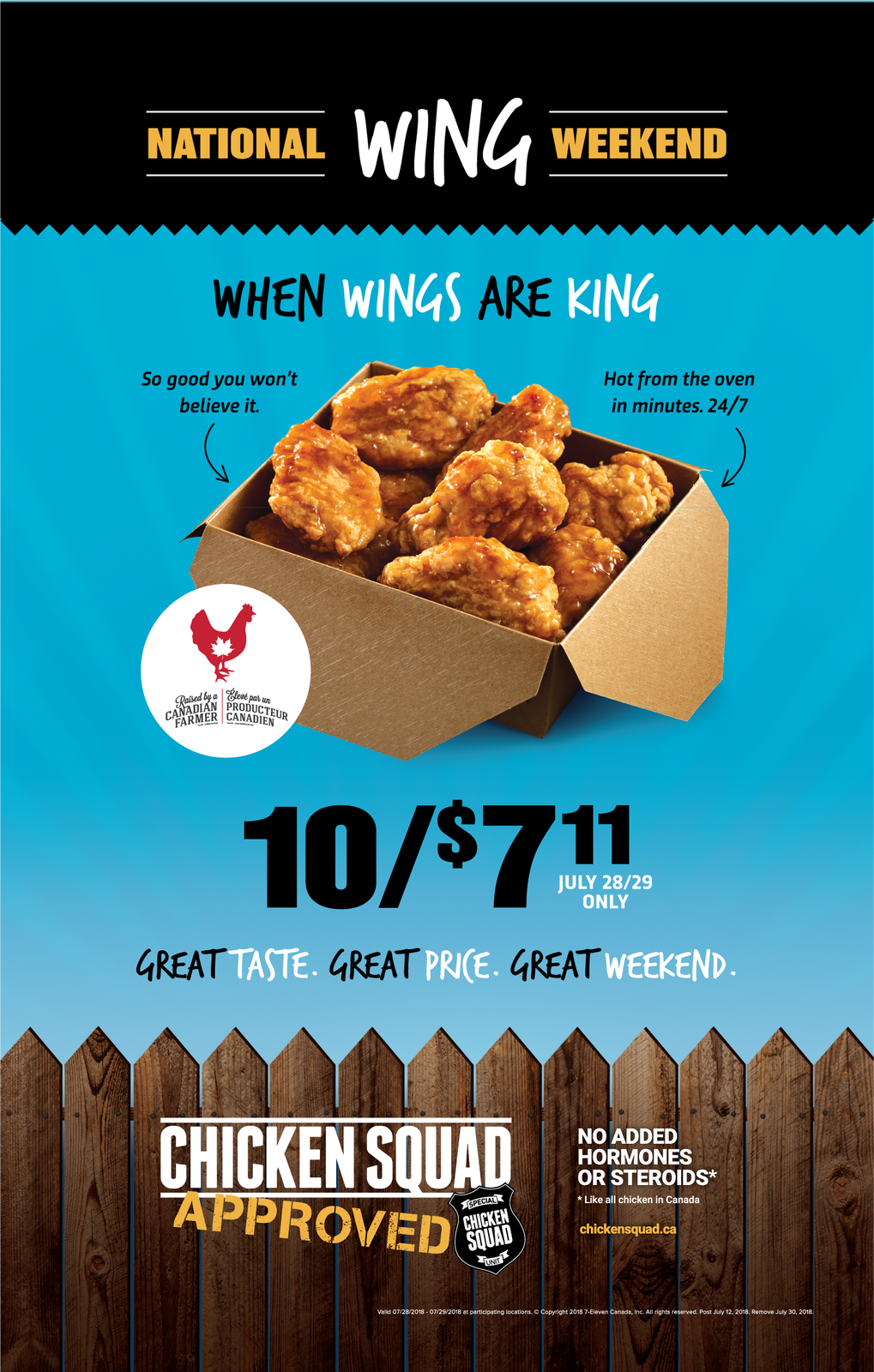 Here are the five things you need to know about National Wing Weekend at 7-Eleven Canada:

For more information and to find a location near you, visit 7-Eleven.ca.