In the dumpling game, xiao long bao (aka soup dumplings or Shanghai-style dumplings) are the high rollers table.  My brother and boyfriend equate the experience to biting into a pizza pop right when you pull it out of the microwave, and they aren’t far off.  Get it right and you are rewarded with a mouth full of delicious dumpling heaven but fumble with your chopsticks and you’ll be left with a scalded mouth, wet chin and a ruined dumpling. But, don’t let the fear of (potential) physical and emotional pain scare you, like I said- no risk, no reward.

Shanghai Grill is one of the few places in Edmonton making traditional soup dumplings.  Xiao long bao, which literally translates to “little-basket buns” (for the bamboo baskets they are steamed in), have delicate skins that encase a pork-based filling and gelatinized broth. When the dumplings are steamed, the broth will liquefy and poach the pork. And there it is: a soul-warming, soupy satchel that captivates all that have the pleasure of eating it. 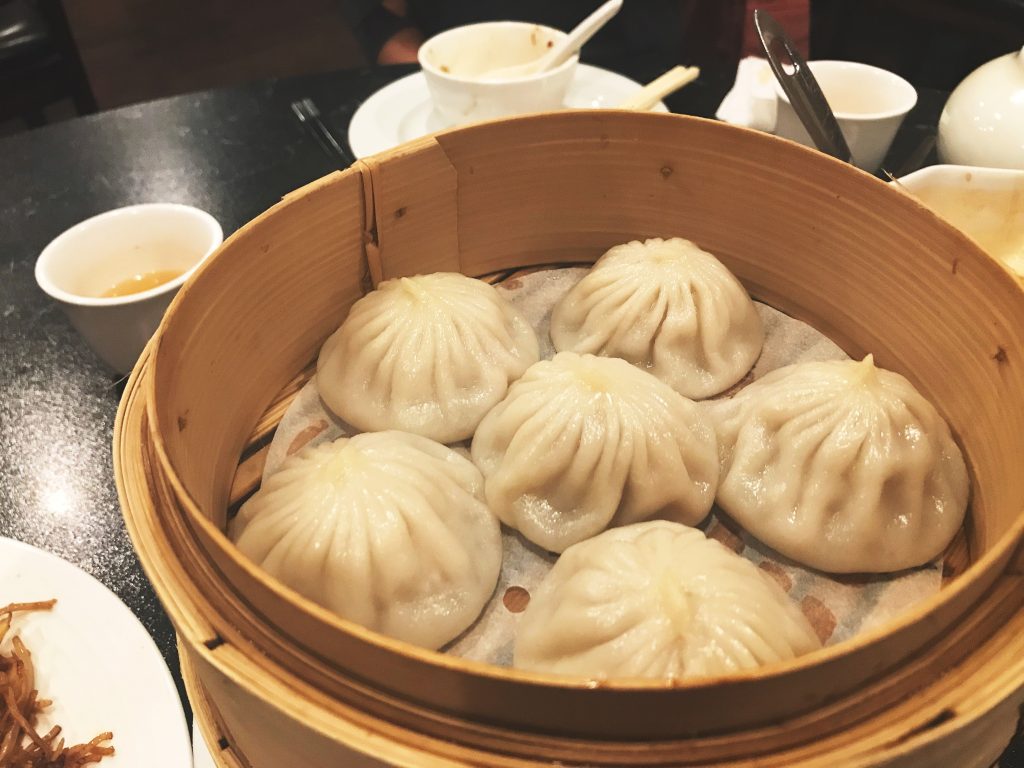 Here is your three step guide to eating soup dumplings:

Shanghai Grill has pork and pork/crab soup dumplings on their menu (note: you will find them under “Traditional Dishes” section, called Shanghai Style Juicy Pork Buns or Shanghai Style Crab and Pork Buns). The dumplings cost $10.95 and $14.50, respectively, and come six to an order. 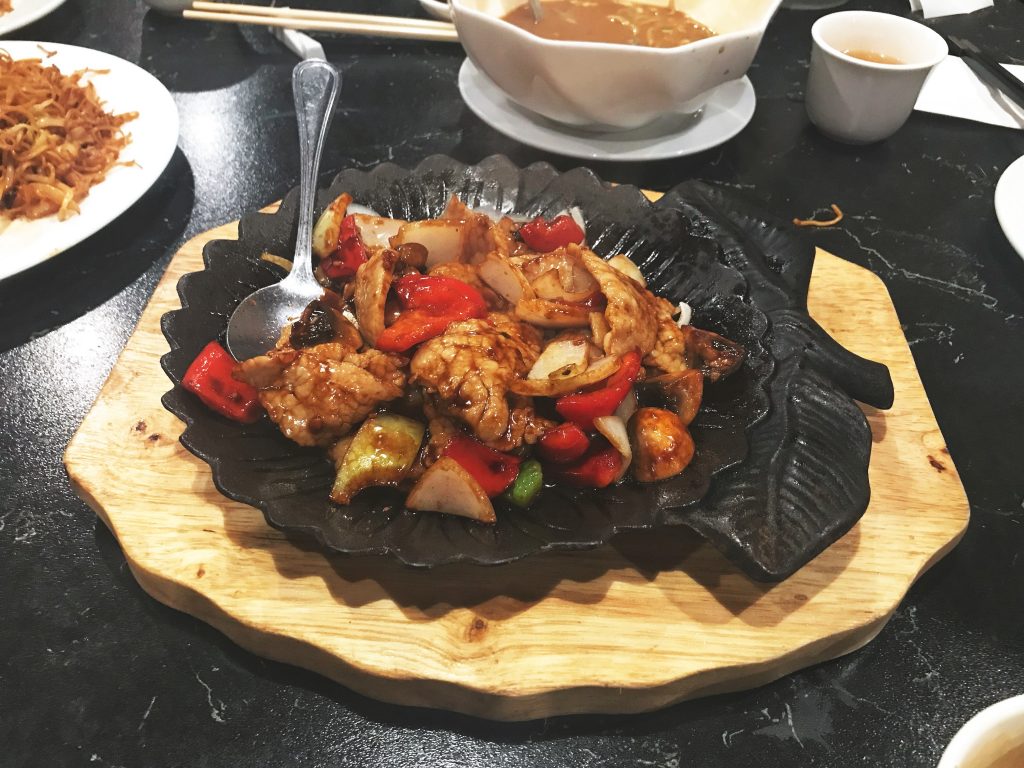 Obviously, the menu at Shanghai Grill isn’t limited to soup dumplings. Other stand-out dishes include: Vegetarian Dan Dan Noodles (noodles in a spicy peanut broth) and what I like to call Peach Yum-Yum Shrimp (I realize this isn’t the proper name, but if you ask for the “peach yum-yum shrimp”, they’ll know what you’re talking about).

Shanghai Grill is located at 16336 111 Avenue, in an industrial park of on the west end. For more information, click here to check out their website.