Whenever someone mentions teppanyaki, I immediately think of four things: precision cut meat and seafood, flying prawns landing on my plate, a stack of onions arranged like a fire-shooting volcano and Steve Aoki.

Let me elaborate on the last one- teppanyaki literally means “grilling on an iron plate”. While this art of cooking is thought to have originated in Tokyo about 200 years ago, its dramatic style is anything but Japanese. In fact, it was deemed improper by locals when Misono, the first teppanyaki style restaurant, started cooking food on a table-side grill in 1945. For GIs stationed across the country, however, it was a different story. The Americans loved it. This is where Rocky Aoki comes in, the so-called father of teppanyaki and internationally famous DJ Steve Aoki (see what I did there?). 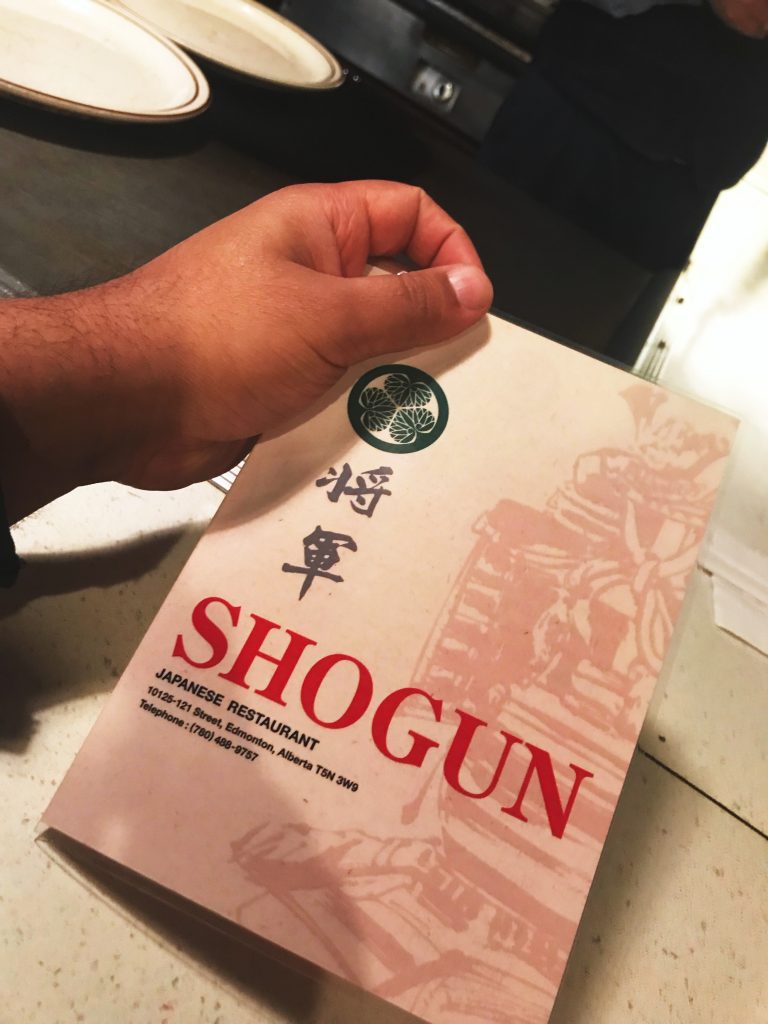 Even though Canada is still waiting for its own Benihana, we are still lucky enough to find amazing teppanyaki restaurants here, one of those being Shogun Japanese Restauant. With one of the oldest pedigrees when it comes to serving Japanese cuisine in Edmonton, Shogun is one that has stood the test of time.

Here are the six things you need to know about Shogun Japanese Restaurant:

At this time, Shogun does not have a website, so for more information, or to make a reservation you can contact the restaurant at: 780-488-9757.